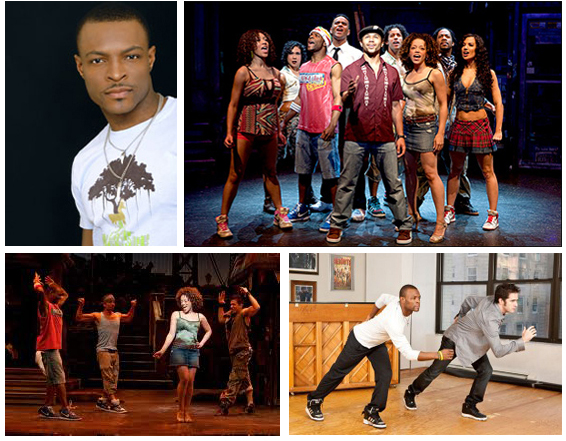 Our annual performance team intensive classes will take place over the next two weekends. This year we will be holding our intensives entirely online. We’re excited to announce our first instructor for our upcoming intensives for our dance teams. Rickey Tripp grew up dancing in the Bay Area and graduated from San Jose State University with a B.A. in Dance. He has gone on to dance and choreograph some of Broadways biggest shows. Check out his full bio below.

As a Director/Choreographer Rickey has worked on The Temptations Tribute. As a Choreographer he has worked on Hairspray at DTC-Winspear Opera House; Dreamgirls, which recieved a DTC. Irma P. Hall Black Theater Award for Best Choreography; and in Film on It’s Quiet Uptown. He was Associate Choreographer for Choir Boy, MTC Premiere-Broadway; Jesus Christ Superstar Live, which won a 2018 EMMY for Outstanding Variety Special (Live); Once on this Island, which won a 2018 TONY Award for Best Musical Revival; Cabin in the Sky; Encores! at New York City Center; Victoria’s Secret Internet Commercial, and The Broadway Boys. He was Assistant Choreographer for Dreamgirls at North Shore Music Theatre; FLY A New musical: DTC World Premiere; A Winters’ Tale; and Fortress of Solitude A New Musical. Additional choreography credits on: In the Heights, 9-5 The Musical, The Wiz Encore Presentation, Bring It On A New Musical and SMASH.

Rickey has taught Master Classes and set choreography for various dance studios across the country including the prestigious NYU Theatre Department. As a teacher, he has over 20 years of experience and currently on staff at Broadway Dance Center, NYC.