See below for any upcoming workshops or master classes. Some are open to only PCPA dancers, and some may be open to the general public. Prerequisites may be in place for certain classes. 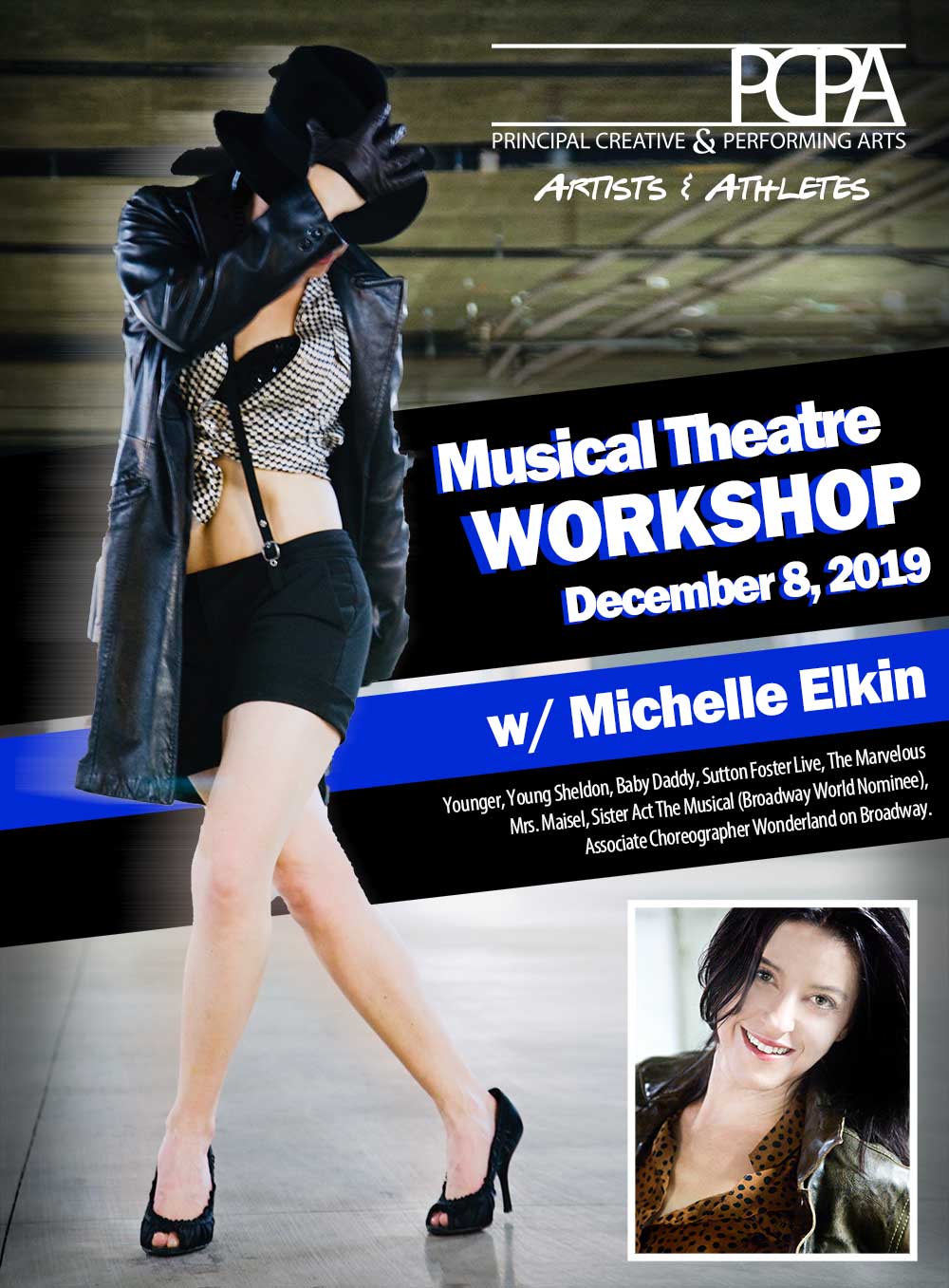 Michelle Elkin has served as Choreographer for Sutton Foster and Jonathon Groff Live At Lincoln Center for PBS, the tv series Younger, The Marvelous Mrs. Maisel and Young Sheldon with Jason Alexander. She was seen on Netflix as a co star in Gilmore Girls “Winter”. She also choreographed the tv show Me and My Grandma with Rhea Perlman, as well as a Southwest Airlines web spot. Select Theater credits include Hunchback Of Notre Dame (Broadway World Awards Nominee) Sister Act The musical (Broadway World Awards Nominee, Scenie Award), a piece for the NSO Pops Opening at Kennedy Center and  “Children Of Eden” (Broadway World Awards Nominee). She also created musical numbers featuring Sutton Foster and special guest Joshua Henry for the National Symphony Orchestra at Kennedy Center, the New York Pops at Carnegie Hall and the Houston Symphony at Jones Hall. She has also lent her choreographic talents to the hit ABC Family show, Baby Daddy, a TNT pilot titled “Dawn” directed by Sam Raimi as well as a production of Little Shop Of Horrors in Tampa, FL, the feature films Wild Hogs and What Just Happened, as well as Emmy award winning television shows, Boston Legal, Weeds, Lifetime’s reality show “Your Mama Don’t Dance”, Warren The Ape on MTV, Marvin, Marvin on Nickelodeon, as well as the tap sequences in ABC Family’s Bunheads. She made her professional debut at the age of 8 in the movie musical “Annie”. Since then, she continued to work in numerous film, television, commercial, and theater projects as a dancer and assistant choreographer such as Bunheads, Boston Legal, Joan Of Arcadia, Boston Public, Ally McBeal, Charmed, American Idol, the tv series Fame LA, 3rd Rock from the Sun, That 70’s Show, Tracey Takes On, The Country Bears, Batman and Robin, Austin Powers I-III, A Time For Dancing, and Elizabethtown. She was the Associate Choreographer for the films, Semi-Pro, Tropic Thunder, 10 Things I Hate About You, Cinderelmo, Looney Tunes: Back In Action, 13 Going on 30, Starsky and Hutch, tv series Viva Laughlin, Dancing With The Stars, the musical, Sister Act at Pasadena Playhouse, as well as the 58th Emmy Awards with Conan O’ Brien, the 63rd Emmy Awards with Jane Lynch and 81st Academy Awards with Hugh Jackman. Michelle was also the Associate Choreographer of the Broadway show, Wonderland at the Marriott Marquis Theater.